Bao is Pixar's latest short story of a mother and her struggle to let her son grow up and move on without her. It explores the Mother as creator, devourer, and a mother transformed.

Bao begins when the mother creates her son, a literal dumpling.

The mother archetype has always been coupled with the concept of creative matter and closely related to water, not necessarily H2O, but prima materia, the basic matter, the divine fabric of the cosmos.1

“Now the earth was formless and empty, darkness was over the surface of the deep, and the Spirit of God was hovering over the waters.” –Gen. 1:2

This watery darkness is often associated with the womb, a place unseen and unknown, like caves deep in Mother Earth where primitive hunters performed their puberty rights and emerged men or the waters of baptism where sinners die to become saints.

One of the first imprints on our human existence occurs at birth, a moment of loss, terror, and seeming death for the newborn. It is our first journey from warm, encompassing, darkness into a transcendent world of light.2

In Bao, the mother discovers she has created her child when the dumpling son cries out just as she puts him in her mouth. Symbolically, Mouth, along with the Mother, carries the breath of life, the spirit and soul, and the words of creation. Melanie Klein, a psychoanalyst, considered a child's oral stage the stage where the child develops a sense of inside and outside. Here, the mother realizes that this dumpling child, which is of her prima materia, is also apart from her and outside of herself.

As the son grows, and the mother cares for him, he branches out, seeking new adventures. But, when the son finds a wife and plans to move out of the home, the mother pulls her dumpling son back inside and gobbles him up.

Mythically, this makes sense. Cannibal Ogresses appear throughout mythology, from Kali, the Hindu “Black One” a personification of “all-consuming Time,” to Hansel and Gretel’s witch.

The god Saturn, swallows his children, lest they outgrow and overthrow him. Goya illustrates in "Saturn Devouring His Son" the unconscious overpowering the consciousness, resulting in regression or psychosis.3

“The fear of the dark has been said to be a function of [a child’s] fear of returning to the womb: the fear that their recently achieved daylight consciousness and not yet secure individuality should be reabsorbed.”4

In Europe, the entrance to hell was a female mouth, the jaws of death which lead to her belly or womb. Labyrinths were integrated into many culture’s death journeys as they represented the intestines. The Hebrews, having a limited concept of hell, associated the place of death with chasms in the earth (Sheol) or the burning of animal entrails.

But why would a loving, creative and nurturing mother consume her own child?

Change is scary, and the mother fears a complete and irreversible severing from her son. Think of a cell dividing. Surely from the viewpoint of the single-celled creature, dividing is dying, but to the two divided cells, the division is being born.

At this point, you may realize that death, at least in a mythological/philosophical sense, is merely a change in perspective.

Consider Bertrand Russel’s illustration: A man on a river cannot possibly see around the bend ahead or behind him, but if he were to “die” and look down on the river from above, he would be able to see the whole river from a new and enlightening perspective. Any transformation from death to life or child to adult has been universally represented through re-entry into the womb.

“Nicodemus said to him, “How can a man be born when he is old? Can he enter a second time into his mother’s womb and be born? Jesus answered . . . Do not marvel that I said to you ‘you must be born again.’” – John 3:4

In Bao, the mother struggled against the son at the threshold of separation just as an English Doctor once held back his dying cancer patient who cried out, “Don’t pull me back . . . It looks so wonderful. Further on!”6

“Death does not put an end to things by annihilating the component particles, but only by breaking up their conjunctions. Then it links them into new configurations…” – Lucretius

Transformations require some sort of death. In alchemical terms, Transformation from the nigredo (“blackening”, or dark womb of death) into rubedo (“reddening”, or rebirth) repeats itself throughout life as part of an ongoing process.7 Though it symbolizes lasting irreversible change, it is not a once-in-a-lifetime event but a gradual move towards wholeness.

The Egyptian Double Lion representing "Aker" sums up this transformative process of death and rebirth.

“Aker” is the moment the sun re-appears after it’s “night sea journey” through the womb, emerging re-born.8

A mother and son, forever changed, no longer one, but reconciled within a new perspective: This is Bao. 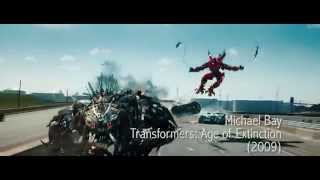 PIXAR'S "INSIDE OUT" AND THE STAGES OF GRIEF

The "Silent Sermons" of St. Louis

The Slaughtering of Autumn: A Mythological Analysis of "Over The Garden Wall"